Your drink order may come along with a side of fascinating history. Many of the world’s most famous cocktails have a story behind them and their unique names.

More than just a conversation starter, a well-mixed drink is equal parts myth, legend, and tradition. Whether it’s a whirl of ingredients served in a tall glass, or a slow tipple imbued with history and decadent flavors, there’s a story behind every cocktail.

Here’s a look at some of the world’s most iconic mixed drinks and the bars that created them.

Like the Crescent City it came to symbolize, Sazerac is a drink of sublime contrast and uncompromising smoothness, but packs a bite. Not a drink for those preferring saccharine, neon-colored martinis, Sazerac is a complex cocktail steeped in New Orleans history. The most popular account of the drinks invention traces back to the French Quarter in 1838 when local Creolae apothecary Antoine Amedie Peychaud began giving his customers a special blend of Sazerac French brandy toddy stirred with bitters. Later, the nearby Merchant Coffee House began serving the beverage, and its popularity prompted the owners to change the establishment’s name to the Sazerac Bar.

Today, you’ll find the reincarnated Sazerac Bar inside the historic Roosevelt Hotel. The bar serves the modern version of this cocktail which swaps brandy for rye whisky, and rinses the glass with a dash of absinthe, imparting a subtle herbal fragrance to this “Big Easy” classic.

Radiant pink and garnished with a wedge of pineapple, the Singapore Sling is a favorite at tiki bars and poolside lounges the world over. Invented by Hainanese bartender Ngiam Tong Boon at Raffles Hotel’s Long Bar in 1915, this fruity cocktail’s seductive rosy hue hides an aromatic infusion of gin and a liqueur. Ngiam specifically designed it for women who weren’t allowed to consume alcohol publicly at the time. Now newly restored, the Long Bar bears a 1920s plantation-style decor similar to how it would’ve appeared when wealthy patrons flocked to it for a Singapore Sling in days gone by.

Long Bar’s take on this timeless cocktail focuses more on the citrus notes than the sweetness of the grenadine. Most noticeably, it adds a shot of Curacao to round out the fruity flavor.

More than just a light hearted beach drink, the Pina Colada was declared the national drink of Puerto Rico in 1978. According to legend, this sweet and creamy concoction was created by the notorious Caribbean pirate, Roberto Cofresi, who tried to boost his crew’s morale by giving them a white rum punch mixed with pineapples and coconuts. But it wasn’t until 1954 that Caribar (at Caribe Hilton San Juan) began serving the modern version of the Pina Colada. Bartender Ramon “Monchito” Marrero came up with the recipe and felt the combination of tropical fruit juice and coconut cream appropriately captured the essence of Puerto Rico.

If you visit the Caribe today, you’ll find a contemporary lounge surrounded by windows with a panoramic view of the ocean. Aside from serving the original Pina Colada, the bar also offers several variations, including the “Clear Colada” that’s made with Malibu Rum and Coconut water.

Bright yellow and sunny like the flower it’s named after, the Mimosa delights every brunch and first class flight. Perhaps one of the easiest cocktails in the world to make, it’s near impossible to mess up mixing an equal part of orange juice and Champagne in a tall flute.

But the origin of this sparkling cocktail is a lot murkier than you’d expect. Frank Meier, a bartender at Hotel Ritz Paris, is commonly attributed with this sweet and tingling companion to crepes, but other accounts claim Harry’s Bar just up the street came up with the recipe first. If you’re a fan of history, architecture, and world class cocktails, however, the Ritz Bar is the place to enjoy all these things while surrounded by timeless art deco decor.

An elegant pink drink made with white peach puree and Prosecco, the Bellini titillates the taste buds with equal measures of fruity and fizzy. Giuseppe Cipriani, the founder of Venice’s famed Harry’s Bar, came up with this recipe sometime between 1934 and 1848. He named the drink after the Italian Renaissance painter Giovanni Bellini since its playful color reminded him of a saint’s toga depicted on one of the artist’s paintings. Initially, the cocktail was introduced as a seasonal item. But once fresh white peach puree was more available to the bar, it became a year-round favorite among its most recognizable patrons including Charlie Chaplin, Humphrey Bogart, Alfred Hitchcock, and Orson Welles.

The bar restaurant is also reputed to be the birthplace of the dish Carpaccio, which coincidentally pairs well with a glass of Bellini.

Brutal, bloody, and unforgiving, the bullfight is a violent dance between man and animal that has fascinated artists for centuries. Life and death in the bullring are moments relived repeatedly on canvases, photographs, novels, and in almost every art form imaginable. It’s not surprising then that the Hotel Savoy of London created a drink named after a film about bull fighting. Blood and Sand, a 1922 silent film starring Rudolph Valentino about a bullfighter who met his untimely end at the arena, inspired a muddy cocktail that is both fruity and complex. It first appeared in the Savoy Cocktail Book in 1930. The Blood and Sand consists of Scotch whisky mixed with cherry brandy, sweet vermouth, and orange juice.

You can order this timeless cocktail at Savoy’s American Bar, along with its other famous creations like the White Lady Corpse Reviver and the Hanky Panky.

Despite having Russia in its name, the Black Russian was made for an American diplomat. As the story goes, bartender Gustave Tops created this cocktail for the U.S. Ambassador to Luxembourg, Perle Mesta, in 1949. Combining both vodka and Kahlua, Tops concocted a simple but foolproof drink that can smooth any diplomatic negotiations.

If you happen to visit Hotel Metropole where Tops came up with this cocktail, be sure to drop by its recently renovated Le 31 bar. Modeled after a late 19th century piano lounge, Le 31 is lavishly decorated with chandeliers and art nouveau designs. Here you can order both a Black Russian or a White Russian, and get a close-up look at Brussel’s oldest continuously-operating hotel.

The perfect drink for warming up on a chilly night, Irish Coffee was first invented to do just that. When terrible weather forced a Pan Am flight to turn back at Foynes Airport in Ireland in 1943, Joe Sheridan, the terminal’s chef, was asked to come back for the night to prepare food. Faced with shivering passengers, Sheridan decided to serve hot coffee mixed with Irish whisky and topped off with fresh cream. Later, he was asked if he had been serving Brazilian Coffee, Sheridan replied, “No, it was Irish Coffee.” The recipe was later brought to the U.S. by San Francisco Chronicle journalist Stanton Delaplane in 1952, when he helped Buena Vista Cafe owner Jack Koeppler shape the modern version of the drink. Sheridan was later invited to work at the restaurant, which he did for 10 years.

Named after the New Orleans French Quarter, Vieux Carre is the kind of classy, slow sipper that only the Big Easy can conjure up. Velvet smooth and layered in bittersweet, herbaceous notes, this Southern cocktail was first mixed by bartender Walter Bergeron at the Carousel Piano Bar & Lounge in Hotel Monteleone around 1938. A touch more sophisticated than the Sazerac but just as potent, Vieux Carre is a perfect union of rye whiskey and cognac stirred with two different types of bitters. While this cocktail is easily overlooked (even by those who frequent Bourbon Street for a good drink) you can still hunt down the original interpretation of this classic at the Carousel Bar.

As iconic as the hotel it’s located in, the Carousel Bar is the only revolving bar in New Orleans and was once a favorite watering hole of Southern writers including William Faulkner, Tennessee Williams, and Truman Capote.

When you think of Italian food, risotto is probably not the first thing that pops into your mind, right? Well, it turns out that many locals in Italy highly value this creamy rice delicacy, and even prefer it over the globally more renowned and loved pizza or pasta. Here at Wise Guys we serve a… 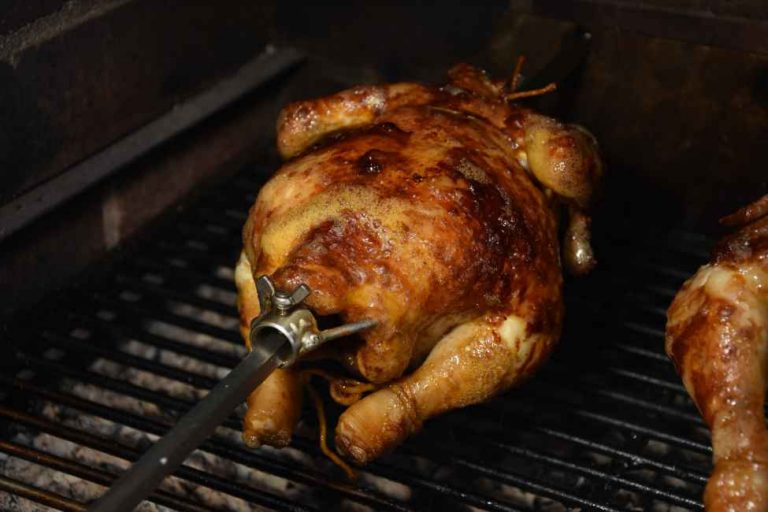 At WiseGuys our customers rave about our spit roasted meats. With this information you’ll be able to up your grilling game. Let’s dive in!